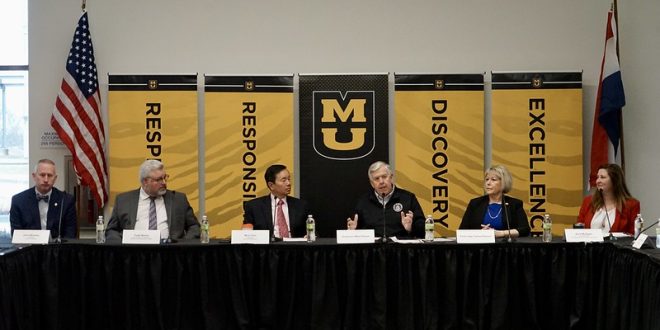 Missouri to boost funding for daycare by millions of dollars

Missouri’s governor will soon be unveiling a plan for several hundred million dollars in funding increases for daycare, saying that’s a major issue for workers across the state.

The governor made the announcement before dozens of education leaders and state lawmakers from mid-Missouri.

Federal dollars from the American Rescue Plan Act (ARPA) will pay for the major funding boost for daycares across Missouri. ARPA was signed into law by President Joe Biden (D).

“I think the other thing that we learned from the pandemic and we kind of knew before, is the hundreds of thousands of people that work shift work, the night shifts, the swing shifts of the world. You know, where a lot of things are based on pretty well on those daytime hours, we’ve got to be able to be flexible enough to make sure that they have an opportunity to have daycare facilities,” says Parson.

Governor Parson will unveil specific details at a later date.