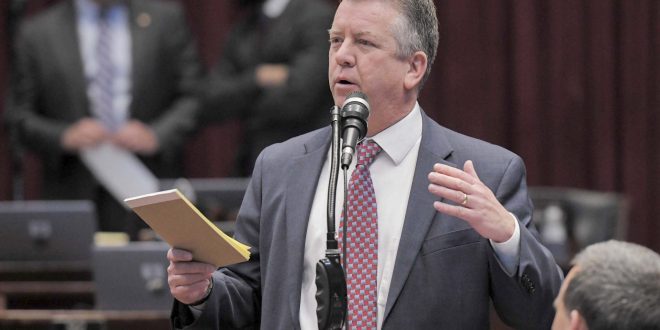 Missouri’s secretary of state is hopeful that the Legislature will approve voter ID by Friday evening’s 6 o’clock deadline in Jefferson City. Republican Jay Ashcroft spoke on 939 the Eagle’s “Wake Up Columbia.”

“This bill will not stop any legal registered voter from voting. When we passed photo ID originally, we actually expanded ballot access,” Ashcroft says.

The Missouri House has approved a voter ID bill from State Rep. John Simmons (R-Washington), and the Senate approved a similar measure. If the House approves the Senate version by tomorrow evening, it will go to the governor’s desk.

Secretary Ashcroft praises the Senate for compromising to pass a bill.

“This may be a bill that we can point to at the end of it (2022 session) and say people came together they worked and they made a difference for the people of the state. They made our elections more secure, they made it easier to prosecute people that would fraudulently try to vote, try to change the election,” says Ashcroft.

Ashcroft has said his office helps Missourians who need an ID to obtain a free one.

Click here to listen to the full interview with Mr. Ashcroft.