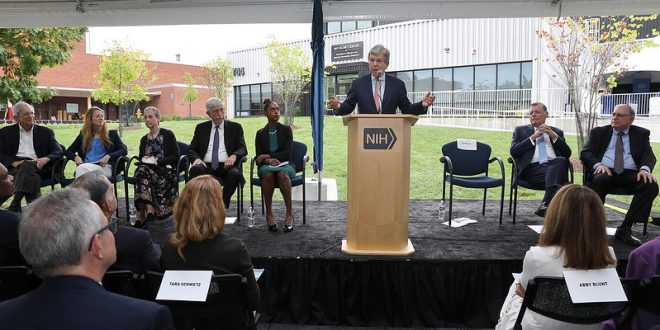 Missouri’s retiring senator has helped secure seven straight funding increases for the National Institutes of Health (NIH), which has more than quintupled the amount of funding available for Alzheimer’s research.

The issue has been a top priority for U.S. Sen. Roy Blunt (R), who tells “Wake Up Mid-Missouri” that the research number is now what Alzheimer’s groups have advocated for about a decade.

“We’ve increased it from $600-million a year to a little over $3-billion a year,” Blunt tells listeners.

Senator Blunt, the ranking Republican on the U.S. Senate Subcommittee for the Departments of Labor, Health and Human Services, Education and Related Agencies, says research is essential to discovering new treatments and a cure to end Alzheimer’s. He says Missouri’s universities and colleges are playing a key role.

“Randy Bateman and his team at Washington University have come up with a blood test that FDA has given some early important approvals on that would indicate early whether you had the likelihood of Alzheimer’s being a problem for you in the future,” Senator Blunt says.

Dr. Bateman specializes in neurology and adult neurology. Senator Blunt has also predicted that Mizzou’s NextGen Precision Health building in Columbia, which is named for him, will cement Missouri’s place as a leader in biomedical research. NextGen supporters say the Mizzou facility has the capability of curing cancer and dementia.

Senator Blunt tells listeners that he’s honored that NIH has dedicated the Roy Blunt Center for Alzheimer’s and Related Dementias building in Washington. The dedication ceremony was held in September.

You can hear the full “Wake Up Mid-Missouri’ interview with Senator Blunt here.