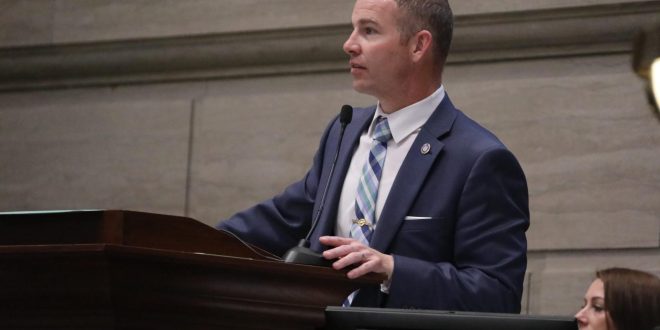 A state senator who’s seeking the GOP nomination in west-central Missouri’s fourth congressional district says there could be progress soon on the congressional redistricting map issue in Jefferson City.

“So there’s talk about bringing up the Senate version of a map and starting to work on that and sending maybe another map there, instead of going to conference,” Brattin says.

While Boone County is currently in the fourth congressional district, the Senate map splits Columbia and Boone County into two districts. The Missouri House voted in late March to request a conference committee with the Senate over the map issue.

Brattin represents Barton, Bates, Cass, Henry and Vernon counties in the Missouri Senate. All five of those counties are in the fourth congressional district.

Brattin prefers resurrecting another map bill over going to conference.

“That way we all have say in it. Because in those conference committees sometimes voices are kind of left out of it and you’re just left with deciding on what you have to do,” says Brattin.

Senate Majority Leader Caleb Rowden of Columbia is also hopeful there can be a path forward soon on the map.

Previous Boone County’s clerk has not received recount request from Skala or Lovelady
Next UPDATE: Moberly man who barricaded himself in house is a convicted killer