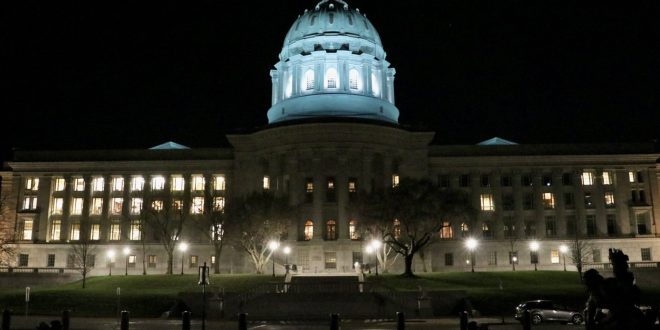 Motorists in Jefferson City will notice that the State Capitol dome is lit teal this morning, to recognize Sexual Assault Awareness Month.

Governor Mike Parson issued the order, in solidary with victims of sexual assault. The governor says that by being responsive to victims in the criminal justice system, we not only show them support but also prevent criminals from assaulting again and harming additional victims.

“We light the Capitol teal to call attention to Sexual Assault Awareness Month and in solidarity with all who have been victims of sexual assault and those who bravely fight against this horrendous crime,” Governor Parson says, in a statement.