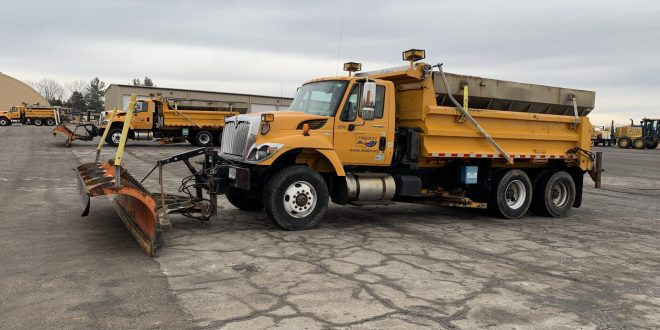 Missouri’s governor is praising the dedication and work of the state Department of Transportation (MoDOT), State Highway Patrol and the Missouri National Guard in responding to the snowstorm that hit two weeks ago.

Governor Mike Parson tells 939 the Eagle that state departments assist each other.

“So when we can take the (Missouri) National Guard out there and help MoDOT, so one they can be plowing roads and they’re not helping stranded motorists. You know, when the Highway Patrol is out there doing their job. And I think by having that combination is a way we’ve weathered this storm as well as we did,” Parson says.

The governor declared a state of emergency before the that, and activated the National Guard to assist with stranded motorists. State troopers in mid-Missouri’s Troop F assisted 200 stranded motorists on February 2, the storm’s first day.

The three-day winter storm that hit mid-Missouri two weeks ago caused numerous tractor trailers to jackknife on I-70, in Columbia and in neighboring Cooper and Callaway counties. While some 939 the Eagle listeners support special restrictions on tractor trailers during a snowstorm, Governor Parson opposes it. The governor tells the Eagle that there will always be problems when there is snow and ice on the road.

“Number one, a snow is a snow. We’ve been around this forever and you know when those first snows come, them big snows come, it’s always considered to be a traffic problem. Always has, always will be,” says Parson.

That storm dropped 9.9 inches of snow in Columbia, including 7.2 inches the first day. That set a daily snowfall record for February 2 in Columbia.