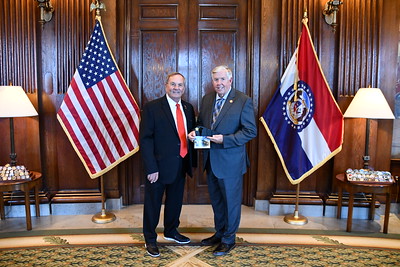 Missouri’s governor will meet with Korean War veterans and two lawmakers at the Statehouse in Jefferson City on Tuesday morning, to celebrate passage of legislation designating a memorial in Kansas City as the state’s official Korean War Veterans Memorial.

That memorial is located in Washington Square Park. 37,000 American soldiers died during the Korean War, including about 900 Missourians. The war took place between 1950 and 1953.