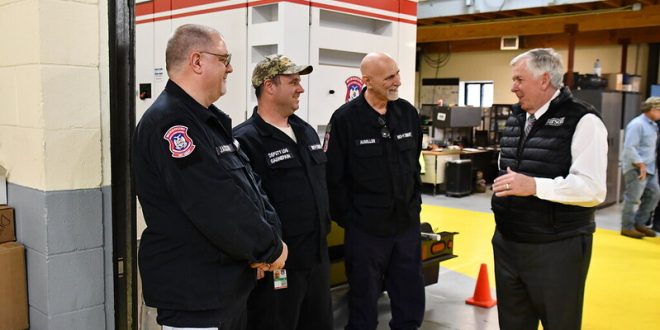 A top priority for Missouri’s governor is getting the Legislature to approve a 5.5 percent pay increase for state employees.

Governor Mike Parson’s (R) $120-million proposal would fund the pay plan. The governor tells 939 the Eagle’s “Wake Up Columbia” that it’s been tough for state employees.

“When you look at people (state employees) that work in foster care and mental health and people with disabilities and our corrections officers. People that had to be on the front lines everyday and didn’t have any choices,” Parson says.

The governor says you can earn more at McDonald’s than in some front-level state positions. He also says that his grandson, who works at a convenience store, earns more than some state employees. Parson says it’s crucial for state government to be competitive with the marketplace.

“And then all of sudden we realized we (state government) had become a training ground for the private sector, is not what you want in government. And I think it’s a modest increase, I think that state employees well deserve that,” says Parson.

Governor Parson’s proposal would have a major impact in Jefferson City, which has 14,000 state employees. State government is the town’s largest employer.