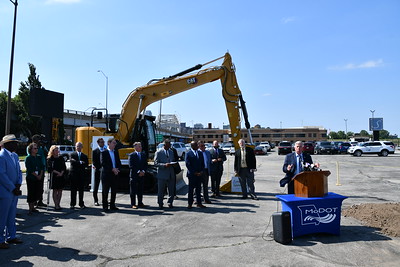 Missouri’s governor is praising state lawmakers in both parties for approving the first gasoline tax increase in 25 years.

The gas tax signed by GOP Governor Mike Parson takes effect in October, and increases the state’s gas tax by 2.5 cents a year for five years.

“It’s going to be a real opportunity for us to really step our game up, get us a lot of major projects across the state finished and we’re going to do a lot more. But the other thing for me is to be able to really help with rural Missouri,” Parson says.

Missouri’s 17-cent per-gallon gas tax has remained the same since 1996.

“We’ve got a lot of secondary roads out there, low-volume roads, that we’ve got to really take a look at and see what we’re going to do for the future for them. So there’s going to be some tremendous opportunities, and one of the things that’s been highlighted since I’ve been governor is the infrastructure and workforce development. So, a lot of pieces coming together right now,” says Parson.

The governor is also touting the success of his $350 million bridge bonding plan, which is repairing or replacing 250 bridges across Missouri. Two of them are west of Columbia on I-70, over Perche creek.