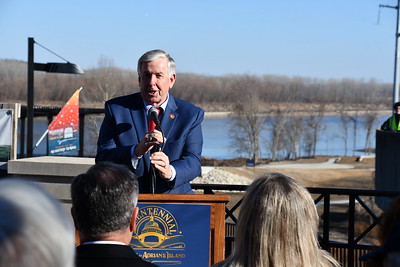 Missouri Governor Mike Parson has called a 1 o’clock press conference at the Statehouse in Jefferson City, where he’ll announce the new directors for the Missouri Department of Mental Health (DMH) and the state Department of Revenue (DOR). The new directors will join him at the announcement.