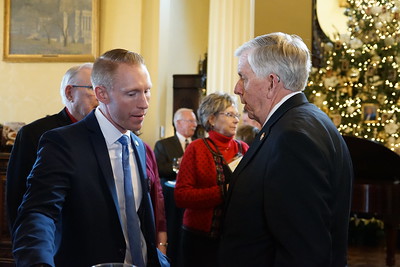 Missouri’s governor says the state workforce remains one of the lowest paid in the nation.

Governor Mike Parson (R) is recommending a 5.5 percent cost of living adjustment (COLA) for all approximately 52,000 state employees, along with a $15 dollar per hour minimum base pay.

Governor Parson says many state government positions face turnover rates between ten and 100 percent. The governor says veterans home care attendants and highway employees are among the lowest-paid state employees, and would benefit from his proposal.

Governor Parson is proposing a supplemental budget to pay for the pay plan. Total cost is $91-million.

The proposal would have the largest impact on Jefferson City, which has more than 14,000 state employees.