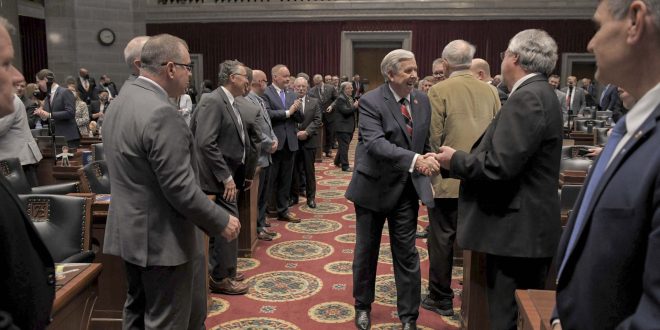 B.J. Tanksley is well-known at the Capitol in Jefferson City for his previous work with the Missouri Farm Bureau. Mr. Tanksley began his new job as the state’s broadband development director in January.

“We have $250-million intended for an infrastructure grants program that will try to get access to those areas that currently don’t have it. We’re going to be very careful about the way we do this and ensure that we’re not overbuilding places that already have access,” Tanksley tells 939 the Eagle’s “Wake Up Columbia.”

State officials have testified that there are 392,000 Missourians who lack high-speed internet, either because it’s not available or they can’t afford it. While Missouri has made progress, it still ranks 32nd nationwide for broadband access.

The governor’s $400-million proposal aims to increase broadband in under-served areas, which are primarily rural but include urban areas.

“I actually live in Ashland, Missouri and there are several areas not too far from Ashland that don’t have access to great service,” says Tanksley.

Governor Parson says his proposal will connect 75,000 households with high-speed broadband. It also includes $30-million in funding to construct and upgrade cell towers.