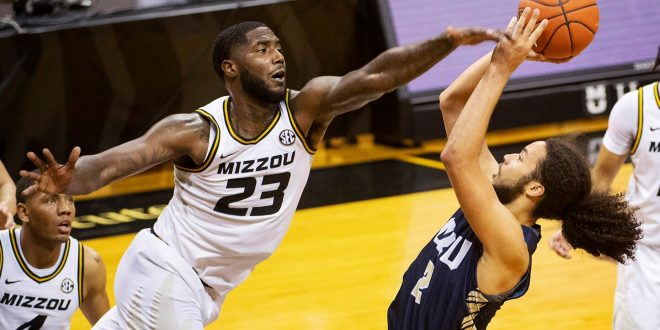 Jeremiah Tilmon made all five of his field goal attempts, and all seven of his free throws, scoring 17 points. The senior forward had missed the two games before the contest at the Gamecocks because of a death in the family.

“Sometimes those fresh legs are a good thing,” Mizzou coach Cuonzo Martin said about Tilmon. “He had a chance to be with his family, to gather his thoughts, and of course his teammates welcomed him back. And there were no expectations for us as a staff, just to play as hard as you can play.”