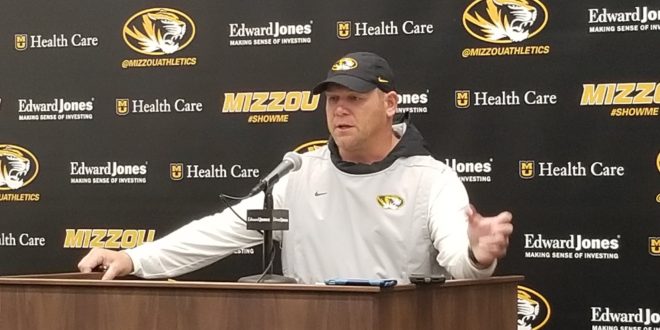 Mizzou athletics announced Odom was being let go on Saturday, one day after the Tigers finished the season with a 24-14 win against Arkansas in Little Rock. The Tigers are not eligible for a bowl game, after the NCAA this week rejected their appeal of sanctions.

“As a program, we had tremendous momentum coming into the 2019 season with the opening of the new south end zone facility as well as other strategic investments in our football program,” MU athletic director Jim Sterk said in a press release Saturday. “However, we lost a great deal of that energy during the last half of the season. This decision was difficult to make but was necessary.”

Sterk says a national search is underway for Odom’s replacement.