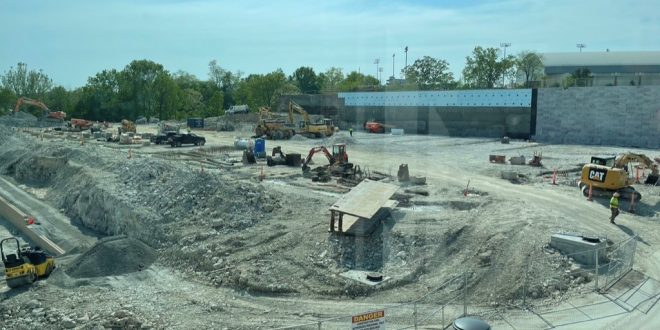 The University of Missouri says Mizzou football’s new indoor practice facility in Columbia is on schedule and is expected to be completed next summer.

Construction began last fall on the $33-million facility, which is being funded through private donations. It’s located next to Faurot Field’s $98-million south end zone complex. It will be called the Stephens indoor facility, for Brad Stephens and his wife Rachel Cohen Stephens. The Mizzou graduates have made numerous cash and in-kind contributions.

Tiger football coach Eli Drinkwitz has said that an indoor facility to train and practice in is critical to the program’s player development efforts.

The current Devine Pavilion, which opened in 1998, has a 70-yard field. The new 86,000 square foot facility will include a full-length football field.