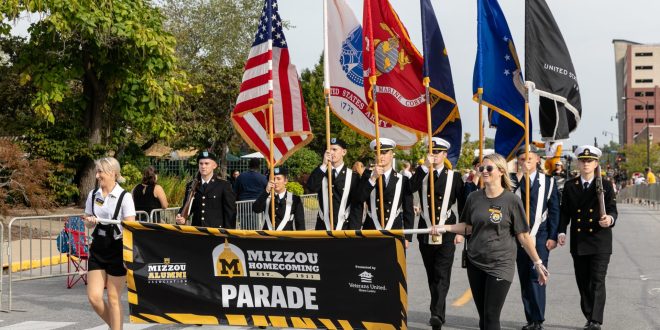 Thousands of people will be in downtown Columbia for Saturday morning’s Mizzou Homecoming parade, which begins at 9.

Mizzou spokesman Uriah Orland tells 939 the Eagle that there are more than 150 parade entries, adding that the parade usually attracts about 40,000 attendees. The parade begins on Rollins, south of Reynolds Alumni Center. The route will then turn on Hitt street, before making a turn on University Avenue to 9th street. The parade will go down ninth, before turning west on Broadway. It will then turn south on 5th street and end at 5th and Cherry.

You’ll also see something brand-new at this year’s parade: a sensory-friendly viewing area on 5th street between Broadway and Cherry to make the parade more accessible for people with sensory sensitivities. Mizzou says floats, marching bands and groups walking by the sensory friendly viewing area will be lowering their noise levels and turning off any bright lights.