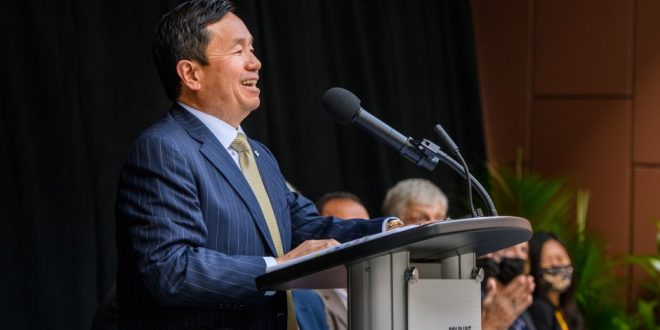 The UM System president says the $220-million NextGen Precision Health building in Columbia will reduce the cost of health care.

“And that’s why we want to reduce the time from the bench discovery to applications on the back side. So this facility is very unique, because we have clinicians as well as researchers working side-by-side,” Dr. Choi says.

The facility is named for Missouri Senator Roy Blunt, who predicts NextGen will cement Missouri’s place as a leader in biomedical research.

He says Missouri now has all of the crucial elements to even better fulfill its mission of research, education and service to Missouri.

Previous NWS: No injuries in Sunday’s tornadoes in Pettis County
Next Missouri’s governor to kick off Tuesday workforce summit in Ashland