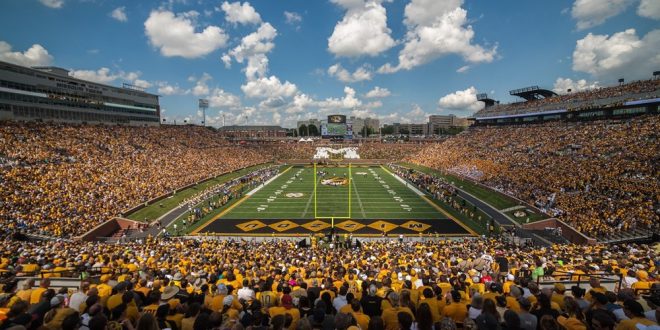 Athletic director Desiree Reed-Francois tells our Zimmer sister station Clear-99 that opening on a Thursday night is a huge opportunity.

“You know I came from Virginia Tech (Blacksburg) before UNLV and Coach (then-coach Frank) Beamer really made his mark on Thursday nights. And I love the opportunity of being early,” Reed-Francois says.

She’s excited abut the Tiger football team opening its season on a Thursday, as opposed to a traditional Labor Day Saturday.

“I’ve heard a lot about people going to the Lake for Labor Day weekend. And I thought we really want to have a great home atmosphere so how can I best help our football program have that great home atmosphere. And so Thursday night, it will be really fun,” Reed-Francois tells Clear-99.

Faurot Field hill tickets are now on sale for Thursday night’s game. Mizzou athletics says Hill tickets are $10 and will also be available for walk-up sales on Thursday.

Traffic is expected to be heavy in Columbia on Thursday afternoon and early evening. Mizzou says there will be limited paid public parking on-campus in Lot R by Truman’s Landing on Thursday, starting at 1 pm. The cost is $35 cash-only. Mizzou football fans are also being encouraged to park in downtown Columbia garages, which will be free on Thursday after 5. You can take a free shuttle to Faurot Field.

Thursday night’s kickoff is set for 7 at Faurot. Mizzou will be opening its 132nd season of college football. You can hear the game on the Central Bank Tiger Radio Network on Zimmer affiliates KCMQ (FM 96.7) and KTGR (FM 100.5), and it will be televised nationally on ESPNU.