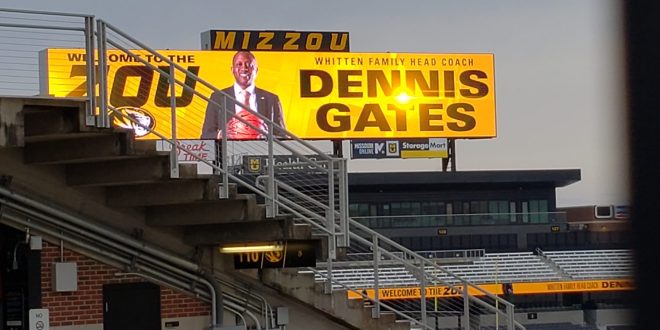 The UM Board of Curators has voted to approve the contract of new men’s basketball coach Dennis Gates.

The board met early Tuesday morning to formally approve the hire, and Coach Gates will be introduced at a noon press conference at Mizzou Arena in Columbia. Mizzou athletics spokeswoman Courtney Day tells 939 the Eagle that the press conference is open to the general public.

The 42-year-old Gates comes to Mizzou from Cleveland State, where he led the Vikings to two Horizon League championships. Gates went 50-40 overall there.

Terms of the deal have not been released yet.  Mizzou fired Coach Cuonzo Martin two weeks ago after he spent five seasons with the program.