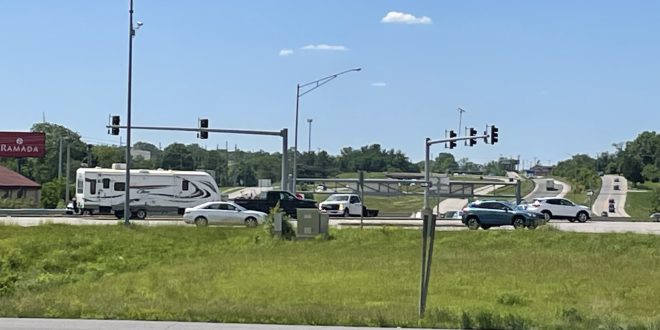 State transportation officials have scheduled an open house for later this month to get your feedback on potential improvements to Columbia’s I-70 and Highway 63 interchange.

The state Department of Transportation (MoDOT) plans a July 21 open house at Columbia’s ARC on West Ash. It will be held that afternoon from 4-6, and you can stop by at any time. You’ll be able to view project materials and speak to MoDOT’s I-70 study team.

The I-70 and Highway 63 interchange is mid-Missouri’s busiest, and is used by truckers nationwide. MoDOT has launched a detailed website about the proposed I-70 and 63 improvements, where you can see additional details.

The state Highway Commission has approved a $140-million reconfiguration of the interchange. MoDOT is currently re-evaluating the environmental impact statement for Columbia’s I-70 corridor between Route B and Route Z, which is an 18-mile stretch.