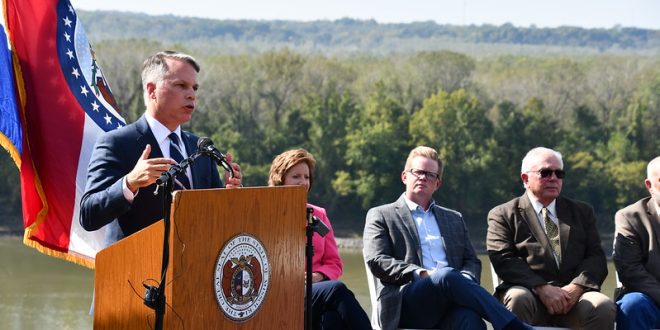 State officials are planning to hold detailed updates on the massive I-70 Rocheport bridge project on the third Saturday of each month.

The state Department of Transportation (MoDOT) will hold the first event this Saturday (July 16) morning at 9 at the Conservation Department’s Taylor Landing Access off Highway 179.

MoDOT project manager Brandi Baldwin says you’ll hear directly from the team doing the work on the $240-million project. The new bridges are expected to be done by 2024.

MoDOT broke ground on the project in October. More than 12-million vehicles cross the current I-70 Rocheport bridge each year. The bridge, which was built in 1960, is in poor condition.

State Rep. Tim Taylor (R-Speed) has said that the project highlights the importance of bipartisan cooperation, as well as cooperation between Boonville and Columbia officials.