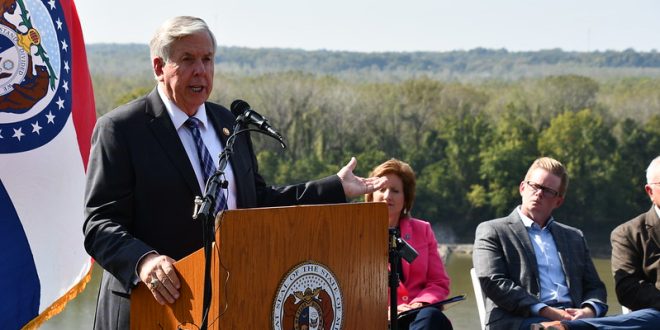 MoDOT: you’ll see a lot of activity this spring and summer near I-70 Rocheport bridge

The state Department of Transportation (MoDOT) is now in the design-build phase for the $240-million I-70 Rocheport bridge project, west of Columbia.

“You know obviously we can’t be doing a lot of active construction when it’s 13 degrees out. But the contractor is out there, they’re pre-planning,” McKenna says.

A groundbreaking ceremony was held in October in Rocheport, and the new bridges are expected to be done by December 2024. McKenna tells 939 the Eagle that activity will increase soon, when warmer temperatures arrive.

“They’re (contractors) getting their steel in place, you’re going to see a lot of activity this spring and summer. We’re really excited about it”

The current deteriorating bridge was built in 1960. Governor Parson it carries more than 12-million vehicles each year, including four-million trucks. The current bridge is in poor condition.

Missouri has received an $81-million federal grant for the project, the largest competitive grant ever received by MoDOT.