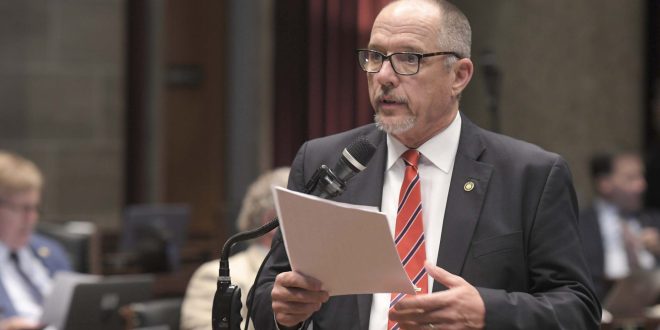 We should know Monday afternoon whether or not former State Rep. Chuck Basye’s (R-Rocheport) name will be listed on the April Columbia school board ballot.

939 the Eagle News was in Boone County Circuit Court for Tuesday’s hearing, when Judge Brouck Jacobs scheduled Monday’s trial on the case’s merits. Judge Jacobs announced in open court that he intends to rule on Monday.

Basye has filed a 16-page lawsuit against Columbia Public Schools (CPS) and the board, alleging they violated state law when they wouldn’t accept his candidate filing on December 27, the final day of filing under state law. However, the Aslin building was closed that day, due to it being a district holiday. CPS says filing was available by appointment that day, but that appointments needed to have been made by December 22.

County counselor Charles Dykhouse tells Judge Jacobs that Boone County clerk Brianna Lennon will obey any order regarding the ballot. Whichever side loses on Monday is expected to appeal to the Western District Court of Appeals.

Previous Columbia College and many mid-Missouri school districts canceling school on Wednesday, due to snow
Next First Responder Support You Have My Heart Dinner & Dance