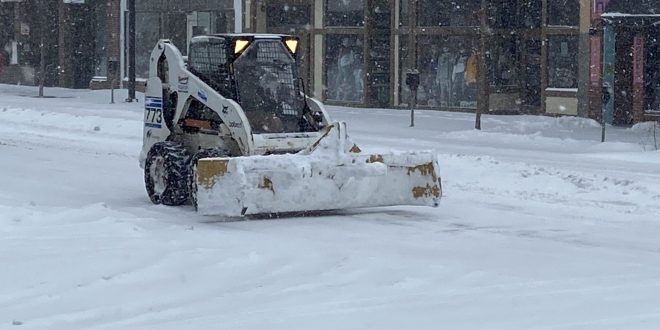 A winter weather advisory remains in effect for Columbia, Jefferson City and most of 939 the Eagle listening area, through midnight.

“So that means Columbia would be in that zone, where we would see a mix of sleet and snow for the morning commute. And especially for the evening commute as the system starts to exit the area,” Beitscher says.

Beitscher describes weather as a game of inches, noting Columbia barely missed the sleet that impacted Jefferson City, Lake of the Ozarks and Springfield on Wednesday.

Mr. Beitscher says Columbia and Jefferson City should see one to two inches of snow today.

“And if that takes longer to develop, doesn’t really get its act together until late morning and the early afternoon, those numbers will be maybe closer to two inches of snow,” says Beitscher.

There have been numerous crashes and slide-offs in the listening area, with most of them non-injury. Mr. Beitscher is encouraging motorists to drive slowly, if you have to drive today.

Keep your radio tuned to 939 the Eagle for updated weather information.