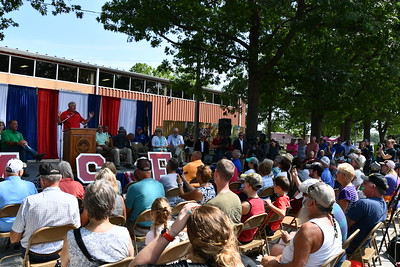 Missouri’s governor describes the 2021 state fair in Sedalia as a success, saying more than 330,000 people attended the fair to celebrate agriculture.

The August numbers come one year after the 2020 fair was canceled, and a youth livestock-only fair was held.

Governor Mike Parson says there were more than 23,000 show entries at this year’s fair. He also says that more than 203,000 meals were packed at the fair for Feeding Missouri.

The governor says state fair commissioners, staff, vendors, exhibitors and everyone should be proud of their efforts to make the fair a success. The governor notes agriculture is Missouri’s top economic driver.

Parson also notes there were thousands of youth livestock exhibitors.