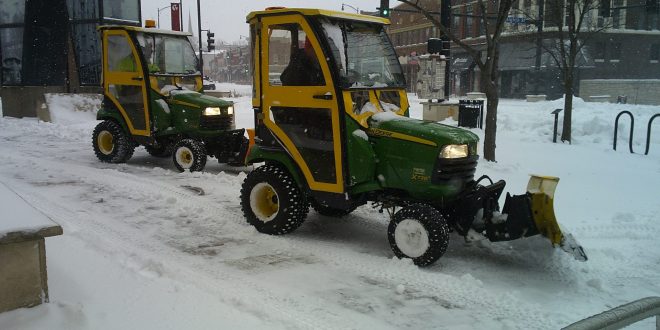 The National Weather Service (NWS) says Columbia is now expected to receive three to six inches of snow on Thursday, with the heaviest snowfall happening in counties in the far northern 939 the Eagle listening area.

“It will begin transitioning the rain over to some sort of wintry mix and eventually to some snow. Exactly when that happens still remains a little bit uncertain,” Herzog says.

Columbia and Jefferson City could see two to three inches of rain between late tonight and tomorrow, and there’s also a chance of freezing rain.

NWS St. Louis meteorologist Jon Carney tells 939 the Eagle that Columbia is projected to receive one-tenth to one-quarter of an inch of ice.

Jefferson City snow totals will be lower, with one to three inches of snow expected.

The system begins between 4-6 this afternoon as rain, with heavy rain expected overnight. Mr. Herzog says that will transition to a wintry mix, before changing to all snow. Tomorrow’s commutes could be difficult.

“But as we start trying to head home on Thursday afternoon, that’s when we’re start going to being worried about snow or sleet or freezing rain. It still looks like there’s a pretty good chance we’ll see some ice accumulations on surfaces as well,” says Herzog.

The NWS says the heaviest snowfall will be in our far northern listening area: Edina is expected to receive four to 11 inches, while Shelbina will see five to ten inches. The NWS says the ranges reflect the uncertainty about this storm.

Keep your radio tuned to 939 the Eagle for updated forecast information.