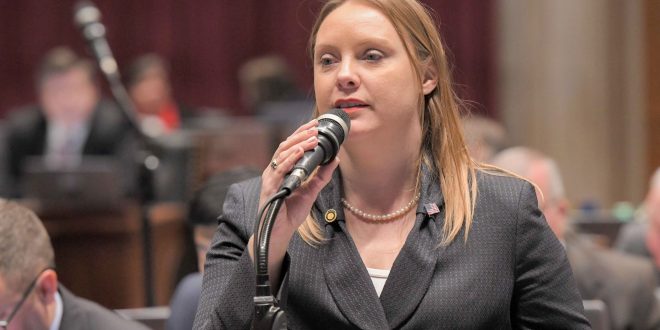 Missouri’s governor is praising plans to build a Ranken Tech campus in the fast-growing town of Ashland. It will be built next to Salter Lawn Service, near Highway 63.

“I think the primary benefit is more because with the high school students having a track where they can then attend Ranken Tech and then be bused there right across the highway from the school to where this is being built, I think that’s how the benefit is. There will also be an adult track,” Walsh says.

The tech center is expected to be completed by the fall of 2023. The curriculum will focus on IT, nursing, construction and manufacturing.

Representative Walsh obtained $1.5 million in state funding for the facility. She praises the community’s fundraising efforts: they’ve raised $2.3 million of their $3 million goal.

Representative Walsh also tells “Wake Up Columbia” that this week’s workforce summit in Ashland was successful, noting many recruiters were there. She says the state Office of Administration (OA) is looking to fill more than 50 IT job positions.