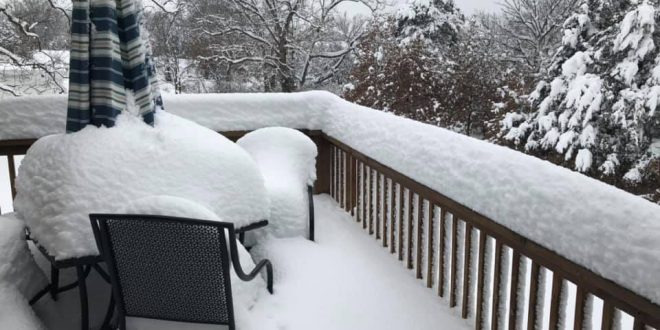 (Missourinet) The National Weather Service says there’s a likelihood of above normal precipitation in the Plains and Midwest in the coming months, including in Missouri. Senior hydrologist Mark Fuchs of the St. Louis office says the weather models are showing increased rain from November to January – and even stretching into February. He says a winter weather outlook indicates most of that precipitation would likely be in the form of snow.

“The last thing we really need in the Upper Mississippi and Upper Missouri River basins, given the fact that stream flows are already well above normal, soil moisture content is well above normal throughout this area,” he tells Brownfield Ag News.

Fuchs says Missouri needs time to drain the moisture into the system and flush itself out.

“We could see a potential of significant flooding, as we get into the spring, for both the Missouri and Mississippi River basins again. Certainly the folks along those rivers – that’s the last thing in the world they want to he but that’s what we’re looking at,” Fuchs says.

He cautions that the outlook is not a forecast.

“I’ve seen outlooks like this, especially those that are two to four months away, fall apart and not work out as we expect them to or thought they would. That is certainly our hope – that it would not work out quite like we have it mapped out,” Fuchs.

Fuchs spoke at the Missouri River Basin Corps of Engineers management update Friday. Corps officials say they will be as aggressive as they can this fall pumping water out of the basins to prepare for next spring, in the event of more flooding in 2020.

2019-11-01
brad
Share
Previous Not out of woods yet, but winds driving California fires die
Next Surveillance footage released of Columbia armed robbery suspect