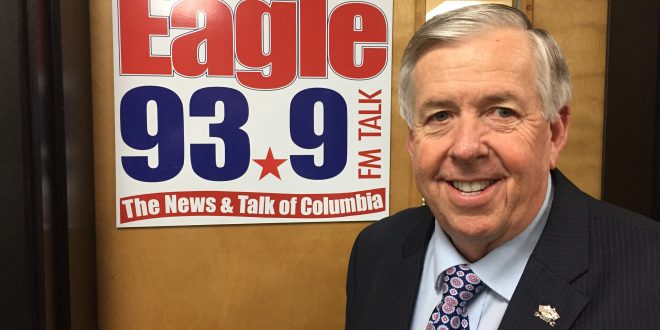 (Missourinet) Missouri’s governor says getting young people involved in agriculture is critical to the future, with the average age of a Missouri farmer being 58. 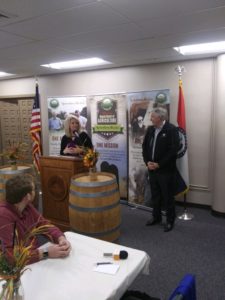 “And it’s great that the pork industry is kind of leading the way on that, so hopefully they’re going to have a path forward for other organizations to see how to do that,” Parson says.

“There’s a lot of opportunity in the pork sector and for young folks getting involved and engaged and come on down the line, I think that says a lot about where we can be down the road,” says Nikodim.

Governor Parson proclaimed October as “Pork Month” in Missouri, noting the state’s pork industry ranks sixth in the nation and contributes $1.6 billion annually to the state’s economy. He says more than 3.5 million hogs are raised in Missouri.

The governor is urging farmers to “tell their story”, saying that if they don’t, no one will. Parson tells state Department of Agriculture employees that during the 1950’s and 1960’s, 50 percent of Americans were related to farms.

“I mean somebody in your family was a farmer, real McCoy farmer,” Parson says. “Today, less than two percent of the people share that same ability to be able to share with that agriculture.”