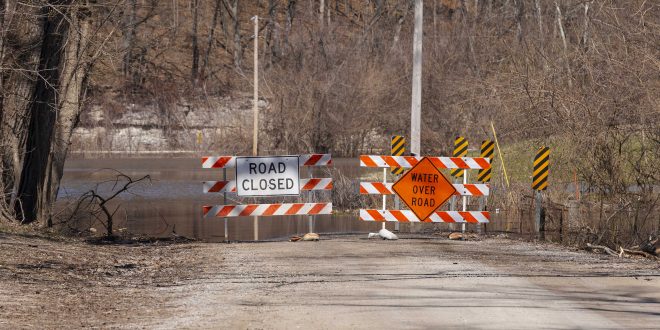 (Missourinet) Missouri Governor Mike Parson (R) will travel to Council Bluffs on Friday afternoon for a follow-up meeting with the U.S. Army Corps of Engineers about Missouri River flooding. 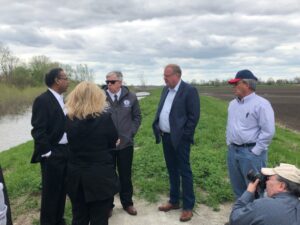 “And I’m glad that the governors are engaging, Governor Parson has been fantastic to come to northwest Missouri (and) understand our needs. He has been very engaged on this,” Hegeman says.

Hegeman represents 15 counties in northwest Missouri, including Atchison and Holt. U.S. Rep. Emanuel Cleaver, D-Kansas City, says more than 168,000 acres in Atchison and Holt counties were under water this month.

Governors Parson, Reynolds and Ricketts will be discussing the importance of Missouri River levee repairs on Friday, and will urge the Corps to focus on flood control.

Hegeman, who chairs the Missouri Senate Appropriations Committee, has filed a Senate resolution in Jefferson City, which urges the Corps to focus on protecting public health and safety through flood control. 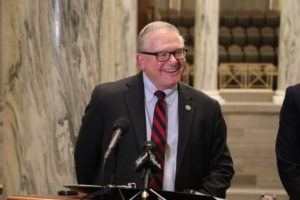 “Flood control and transportation are of the utmost importance to be able to use that as a thoroughfare to bring our fertilizer and our grain south, and our fertilizer north,” says Hegeman.

“I think we’ll be fine getting it through both chambers, but even if it doesn’t get through, the message has been sent,” Hegeman says.

Missouri Farm Bureau President Blake Hurst says the flooding will prevent many farmers in north Missouri from planting a crop this year.

Governor Parson is asking President Donald Trump to approve a major disaster declaration for Missouri to provide federal assistance to 13 counties impacted by flooding. About half of the counties are in north Missouri, while the other half are southeast Missouri counties.

The governor says there is about $25 million in damage to Missouri infrastructure, along with emergency response costs.

Governor Parson has emphasized that all available resources will be used to assist Missourians with flooding. The budget approved by the Missouri Senate this week includes $8 million in state aid for rebuilding efforts caused by the flooding.

While Friday’s meeting between the governors and the Corps will not be open to the press, the governors plan to hold a media availability after the meeting.