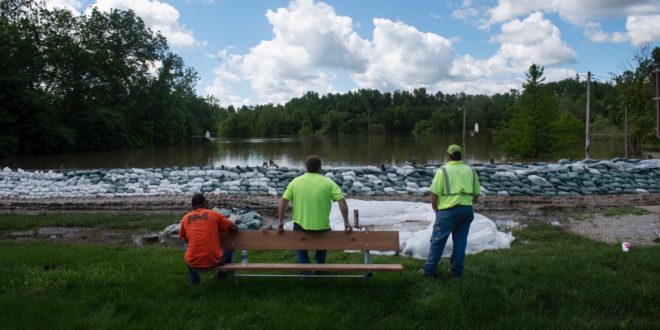 Missouri River flooding in Rocheport in May 2019 (Courtesy: LG Patterson)

The Missouri River is falling in spots like Jefferson City, down to 31.51 feet as of early Tuesday. But it’s still above major flood stage at the capital, and now looks like it will stay that way until Thursday.

The Highway Patrol on Monday reopened the Osage River from the Route B bridge to Bagnell Dam for recreational boating. The Army Corps of Engineers decided to push back opening the dam’s spill gates until at least later this week. That would cause the Osage to rise.

Hundreds of roads in the state are still closed.