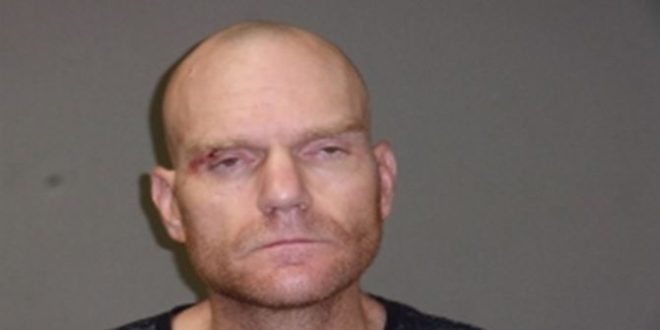 Moberly police track down a wanted man, but they say they had to earn it.

Paul Goldsmith had warrants out for his arrest when people saw him walking into the Lowe’s near Highway 24 at about 8 p.m. Tuesday. Officers say Goldsmith ran from them, then tried to fight, but they were able to arrest him.

He also allegedly had meth and pills on him. Goldsmith is back in jail.