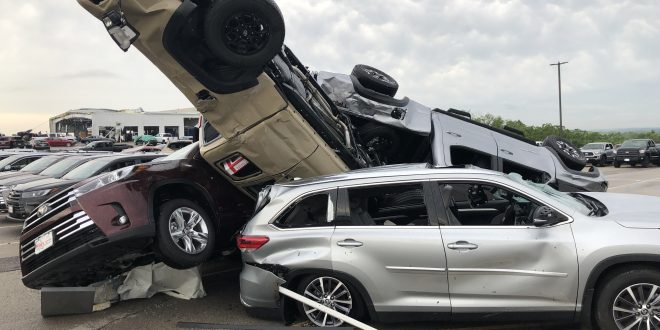 Damage at Riley Automotive in Jefferson City (photo taken May 23, 2019)

Kevin Riley says he’s ready to get back to selling cars.

The owner of the Riley Auto Group is moving the GM operation across town for now.

“We will move temporarily into what was previously the Kia store, so we’ll be out on Missouri Boulevard.”

The dealership on Christy Drive was heavily damaged in the tornado.

Riley says at least 90% of the 800 vehicles on the lot were totaled. He adds they’re working hard to get the less-damaged Toyota store back in operation.

93.9 The Eagle is holding a tornado relief radiothon on June 21. Learn more about how you can give here.