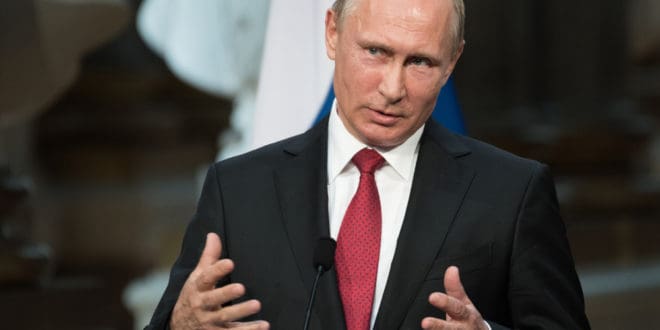 Russia passes bill allowing Putin to stay in power past 2024

(AP) — The Russian parliament has approved a sweeping constitutional reform that will allow President Vladimir Putin to stay in power for another 12 years after his current term ends in 2024. Wednesday’s vote was the third and final reading.

Kremlin critics condemned the move as a cynical manipulation and called for protests.

Putin, a 67-year-old former KGB officer, has ruled Russia for more than 20 years. The constitutional reform passed by the Duma on Wednesday would allow Putin to run for presidency two more times after 2024.

The revised constitution was passed by a 383-0 vote with 43 abstentions.