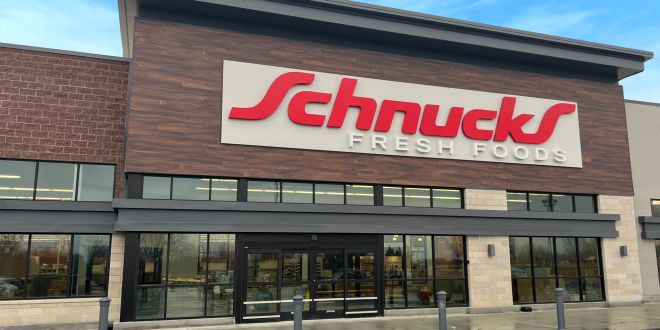 St. Louis-based Schnucks has announced that its new 48,000 square foot store in northeast Columbia will open on March 23.

The Schnucks Battle Crossing store is located on Clark Lane, near I-70’s Lake of the Woods exit. While the store has been built for months, Schnucks executives tell 939 the Eagle that the COVID pandemic and a shortage of refrigeration materials delayed its opening.

Schnucks says the store will have a heavy focus on fresh departments, such as produce, meat, seafood and bakery. It will also have an indoor seating area.

Schnucks has hired about 60 full-time and part-time employees for its new store on Clark Lane. Schnucks spokesman Paul Simon tells 939 the Eagle they plan to hire at least ten more employees by opening day, which would be at least 70 employees.

You can apply for the new positions online on the Schnucks careers page.

Schnucks has had a presence in Columbia since 1970, when the purchased 33 Bettendorf-Rapp stores in St. Louis and the Columbia location near Providence and Broadway. Schnucks closed that location in 1993, when they opened their new store on Forum in Columbia.

This will be the fourth Schnuck Markets’ store in mid-Missouri, joining Columbia’s Forum and EatWell location and the store in Jefferson City.

Previous Some untreated roads are still icy in central Missouri
Next Russian Rublev after Dubai win: ‘No War Please’