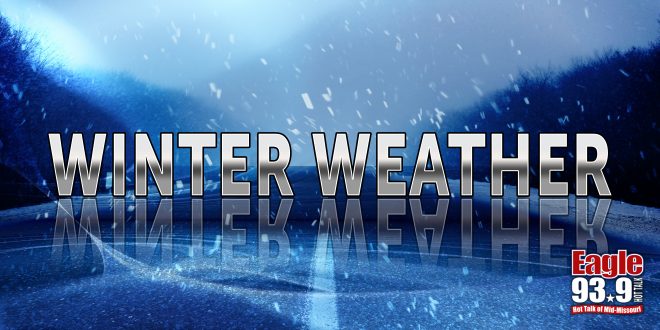 He tells 939 the Eagle that crews responded to crashes on I-70 from county line to county line, and on Highway 63 from Deer Park to Highway 124. Southern Boone firefighters also responded to a number of crashes.

Columbia Police have also worked numerous snow-related crashes, including some on I-70 and a head-on collision on Grindstone Parkway, near the Goodwill store.

Light snow is still falling in Columbia and across mid-Missouri, and it’s causing a number of crashes in the Columbia area.

Boone County Fire District assistant chief Gale Blomenkamp tells 939 the Eagle that a vehicle is in the median on I-70 near the Lake of the Woods exit. He’s urging motorists to be cautious, to slow down and to give yourself extra time. Chief Blomenkamp says roads are slick.

Boone County Joint Communications reports authorities are also working a crash on eastbound I-70 at the 122-mile marker, near Persche creek.