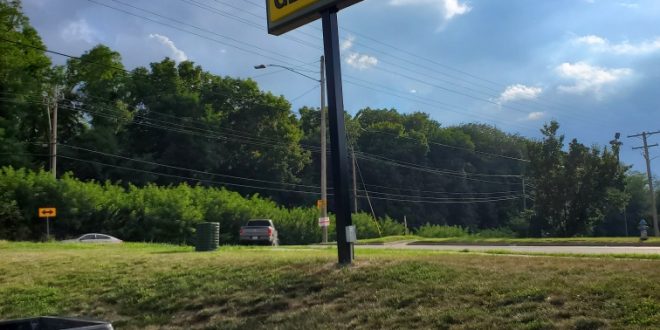 The sign outside the Dollar General store on Columbia's busy Clark lane (September 4, 2022 photo from 939 the Eagle's Brian Hauswirth)

Critics of a proposal to build a new Dollar General on East St. Charles road in east Columbia worry about the impact on wildlife … as well as traffic and crime.

Columbia’s city council is set to vote on the plan tonight.

A developer wants to build the 11,000 square feet store at 5905 East St. Charles road, near Lake of the Woods road. Opponents who have testified at several Planning and Zoning Commission meetings say it will deteriorate the rural character of the area. Others worry about traffic and littering.

Others say there’s already a Dollar General less than two miles away on Clark lane. Supporters say a new Dollar General will improve shopping opportunities for the area, especially for seniors and those who lack transportation.