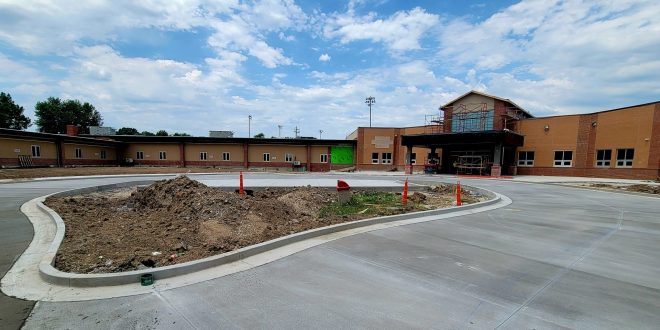 District voters approved the bond issue in April 2021, and the project is connecting the two buildings with a new addition. District spokesman Matt Sharp says the addition includes a new main office, science labs and a library and vocational area.

“You know cabinets and countertops are being installed in the classrooms. The flooring is going down. New furniture and supplies are arriving for the rooms,” Sharp tells 939 the Eagle’s “Wake Up Columbia.”

Southern Boone R-1 middle school students will be in the new addition when classes begin on September 6. Mr. Sharp says new sidewalks and a new driveway have been poured in front of the new addition.

“This is also going to help with safety and security because before, students were having to walk between the two buildings, between the north and the south building and also cross the street to the agriculture building. With this new addition connecting these two buildings together, students aren’t going to have to leave the building at all,” Sharp says.