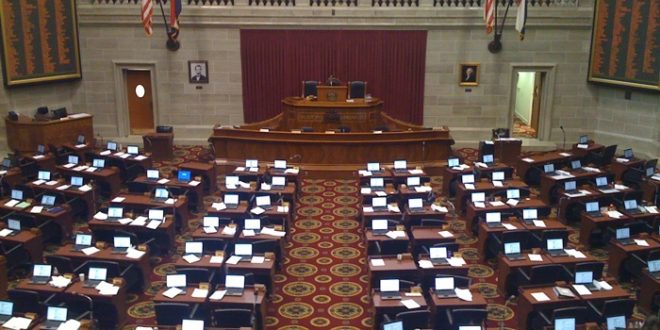 (Missourinet) The Missouri House Speaker describes the 2019 legislative session as the most successful policy session he’s seen in his seven years in the Legislature. 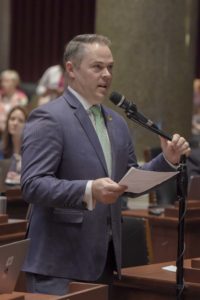 “Obviously the Missouri Stands for the Unborn Act, what we believe to be the boldest most comprehensive pro-life legislation in the nation. We also passed three different major criminal justice reforms,” Haahr says.

The heartbeat abortion legislation received final approval from the House on Friday afternoon. The vote was 110-44. The bill from State Rep. Nick Schroer, R-O’Fallon, would essentially ban abortions once a fetal heartbeat is detected.

The criminal justice reform measures passed with bipartisan support, and were top priorities for both Speaker Haahr and Missouri’s Legislative Black Caucus. One of the bills eliminates mandatory minimum sentences for some nonviolent crimes.

“Obviously, the prescription drug monitoring bill was not able to get across the finish line. We remain committed to it, and I believe (Scott City) Representative Holly Rehder remains committed to it as well,” says Haahr.

Missouri is the only state in the nation without a PDMP, which is an electronic database that collects data on controlled substance prescriptions within a state. 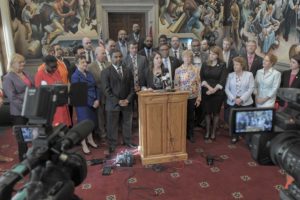 As for Representative Rehder, she tells Missourinet she intends to file PDMP again in January. Rehder says that year after year as lawmakers have failed to act, “thousands of our children have lost their lives.”

Speaker Haahr is also praising the Legislature’s passage of Fast Track, which allows Missourians to receive advanced training in high-demand areas. He’s also pleased with the General Assembly’s quick passage of legislation aimed at attracting a $1 billion expansion at the sprawling General Motors plant in Wentzville.

House Democrats were outnumbered this year 114-46, putting them in a superminority.

House Minority Leader Crystal Quade, D-Springfield, delivered a floor speech just before session ended on Friday, saying her members feel ignored by House GOP leaders. Missourinet asked Quade about her comments during Friday evening’s press conference. She says no Democratic budget amendments were approved in committee or on the floor in 2019.

“This is the first time since the Republicans took control of the House (in 2003) that the minority leader didn’t have a single bill move. So few of our members got hearings it was laughable,” Quade says.

Quade says she’s proud of her caucus, adding that Democrats will “work tirelessly” to flip seats in 2020.

Quade says her caucus fought in 2019 to hold the state Department of Revenue (DOR) accountable, over this year’s surprise tax bills.

“House Democrats fought for taxpayers, demanding answers from the Department of Revenue and ultimately forcing the resignation of its director,” says Quade.

Former DOR Director Joel Walters resigned in March, after being criticized by lawmakers in both parties about a tax withholding issue.

One key bill that did pass that had strong support from both Speaker Haahr and Leader Quade is Hailey’s Law, which would require Missouri’s Amber Alert System Oversight Committee to meet at least annually.

The bill, which is sponsored by State Rep. Curtis Trent, R-Springfield, is in response to the gruesome 2014 kidnapping, rape and killing of ten-year-old Hailey Owens in Springfield.

The murder happened in Quade’s district.