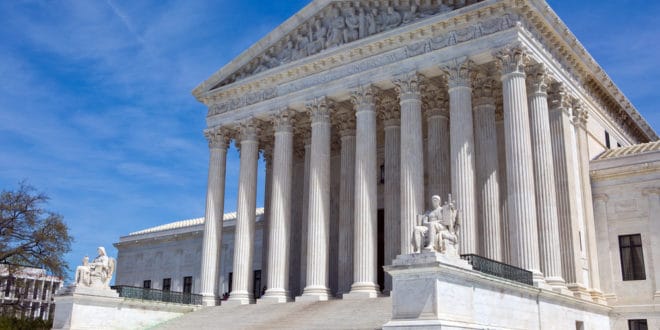 (AP) The Supreme Court has revived claims of excessive force against St. Louis police officers in a case in which a homeless man died after being restrained in handcuffs and leg shackles.

In an unsigned opinion issued Monday, a majority of the court agreed to send the case back to a lower court for further review.

Attorneys for the homeless man’s parents had argued that the facts of the case mirror the circumstances of the killing of George Floyd. St. Louis officials, however, told the justices that the only similarities between the two cases are “drug use and heart disease.”