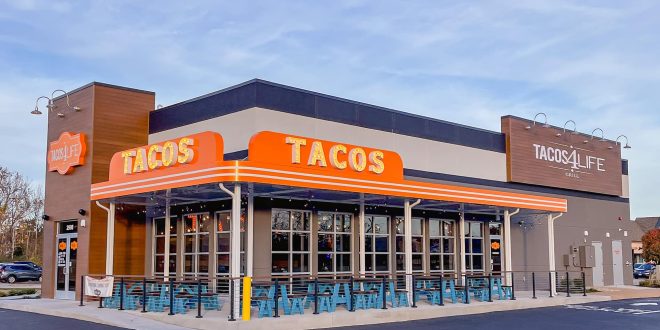 A proposal to build a new Tacos 4 Life restaurant on heavily-traveled East Green Meadows will be voted on Monday night by Columbia’s city council.

The planning and zoning commission has approved the restaurant’s plan to build a new 4,200 square feet restaurant, which would include a drive-through, a covered patio seating area and four bicycle spaces. Concerns were raised about traffic congestion, at that meeting.

The developer would pay for public infrastructure extension/expansion, under the proposal.

The new restaurant would be located across from Baskin-Robbins and Dunkin Donuts. It’s also near Honey Baked ham.

Tacos 4 Life has restaurants in six states. The lone current Missouri location is in O’Fallon.