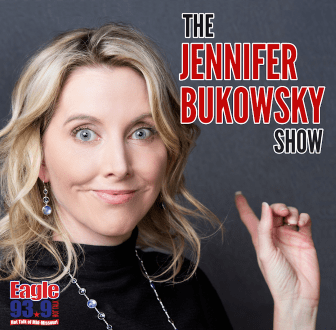 Jennifer Bukowsky is your Esquire on Fire! She is a constitutional and criminal defense attorney in Columbia, MO.  She is also a weekly guest on the Gary Nolan Show. She serves on the Missouri Supreme Court’s Task Force on Criminal Justice, on the Board of Directors of the Show-Me Institute, and on the Steering Committee of the Federalist Society–Jefferson City Lawyers Chapter.

Jennifer defended a client who was found “not guilty” of murder – the only “not guilty” on a Boone County murder case in over 50 years. She also won the release of a man who was wrongfully convicted and served over 20 years – since age 14 – for a murder he did not commit. Jennifer has received numerous awards for her skills as a trial and appellate attorney. She was a Trump delegate at the RNC in 2016. She previously served as an adjunct professor of law for the University of Missouri, and as the youngest-ever President of the Boone County Bar Association.

Jennifer received a J.D. with highest honors from the University of Missouri School of Law. She is also a CPA.