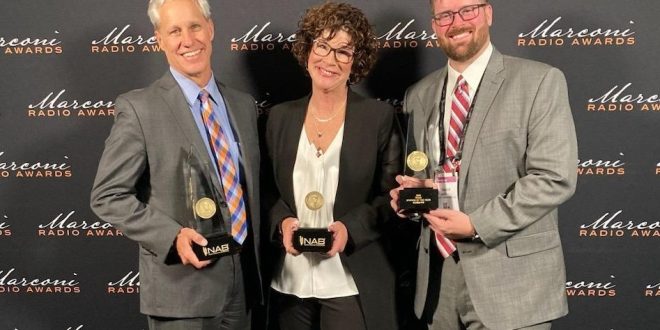 The awards were announced this week at the NAB event in New York City.

Marconi finalists were selected by a task force of broadcasters, and winners were chosen by the NAB’s Marconi radio awards selection academy.