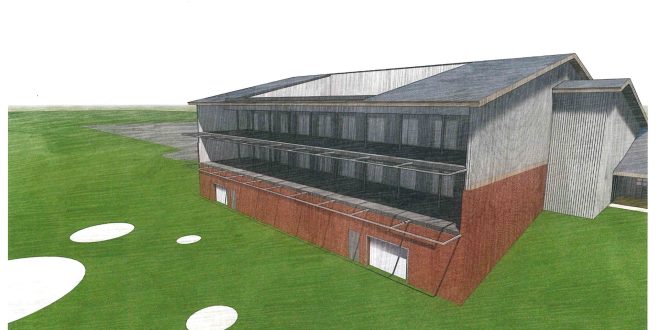 The national company Top Tracer golf plans to open next fall at Midway Golf and Games, which is near I-70 just west of Columbia.

Tim Rost, who owns Rost Landscaping, tells 939 the Eagle’s Fred Parry that Top Tracer is owned by Top Golf. He says there will be 18 to 20 elevated bays.

“Each one (bay) could easily handle four to six golfers, and in some cases a little bit more than that,” Rost says.

Rost says the new Top Tracer at Midway will include a bar and grill restaurant. The building will be between 8,000 and 12,000 square feet.

Midway Golf and Games golf professional Kory Neisen predicts it will be fun and challenging for people of all ages and golf skills.

“For those of you out there that have been to a Top Golf-type facility, it caters to not only your very serious devoted golfers, but it also lends itself to people who’ve never played before,” says Rost.

The bays are essentially suites. They’ll have chairs, a couch, televisions and food and beverage. The suites will be heated during the winter.