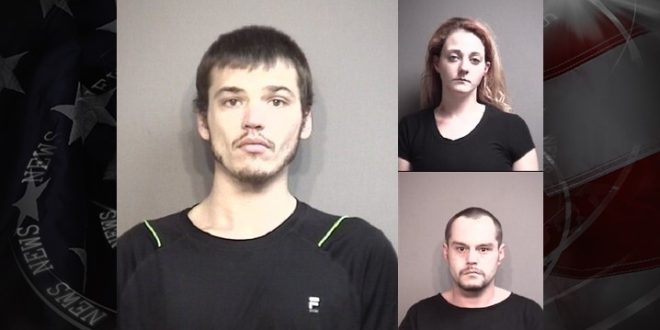 Three people are arrested after authorities say they stole a truck and tried to drive away from the cops.

The victim says the suspects attacked him on Saturday at about 5 p.m. on Purdy Lane east of Columbia and threatened him with a gun if he did not give up his keys.

A Boone County deputy spotted the stolen truck, but the suspects drove away from a traffic stop into Callaway County on Route WW. They swerved to avoid spike strips on Route F near the Fulton city limits, driving into a field. They were arrested a little after 6 p.m.

The suspects are: Tracey Martin, 20 of Columbia; William Templeton, 31, of Fulton; and John Garrett, 26, of Fulton. They are all accused of first degree robbery. Garrett is also facing charges of felony resisting arrest, unlawful use of drug paraphernalia, and hindering prosecution of a felony.