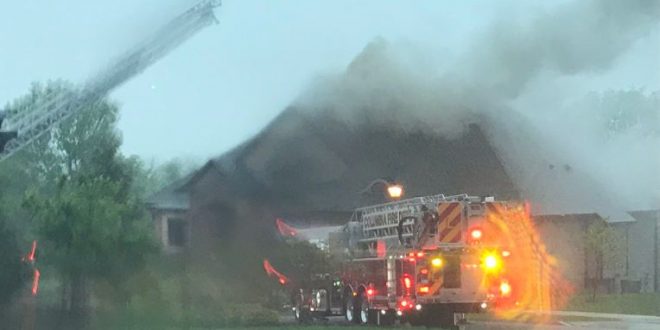 Crews responded to a couple fires caused by lightning strikes on Tuesday in south Columbia.

One at about 10 p.m. Tuesday started in the attic of an apartment on Aspen Heights Parkway. Investigators say it led to about $30,000 in damage.

A family dog was rescued after a fire started by a lightning strike at about 4:30 p.m. Tuesday on Brackenhill Court off Route K (pictured). That fire began on the roof. It led to about $50,000 in damage.

No people were hurt in either fire.