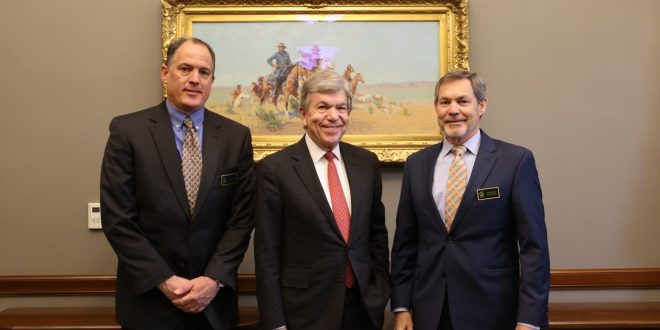 Missouri’s two U.S. senators have announced that the National Park Service will reinstate police escorts for Honor Flights to Washington.

The Department of Interior has reversed an earlier decision, a decision that U.S. Sens. Roy Blunt and Josh Hawley (both R-Missouri) criticized. Senator Blunt is pleased the Interior Department has reversed course, saying the police escorts ensure that Honor Flight travelers can get to their destinations safely and quickly. Senator Hawley agrees it’s the right decision.

Veterans traveling on Honor Flights to Washington will once again have police escorts between memorials, because of the reversal. U.S. Rep. Vicky Hartzler (R-Harrisonville) had called for Interior Secretary Deb Haaland to testify before Congress about the decision.

Senator Hawley describes our veterans as American heroes, and says they deserve the best when visiting the capital.

The National Park Service says it will meet the Honor Flight veterans at their chosen memorial and that police escorts will facilitate the safe transport of Honor Flight groups between the World War II memorial, the Vietnam Veterans Memorial and the Korean War memorial. The escort support will end at Arlington National Cemetery.

Previous UPDATE: Trucker charged with December I-70 death of Boone County Fire assistant chief dies after an illness
Next Lohmar: Charges will not be filed in deadly November CPD officer-involved shooting downtown