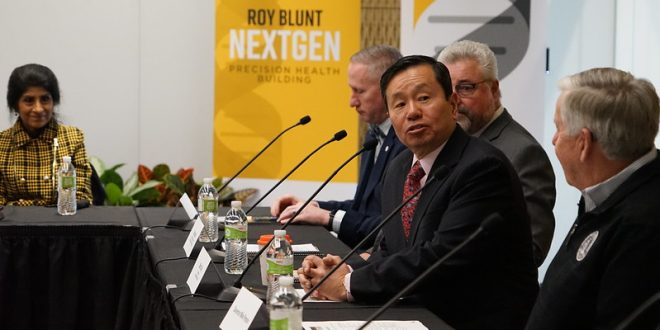 The UM System president and the president of Jefferson City’s Lincoln University will work closely together to establish new partnerships.

“It’s such an important partnership for us because of the access opportunity and completion aspect of student success. And Dr. Mosely is so committed to the students and the community that he serves as president of Lincoln University,” Dr. Choi says.

“And the fact that we’re the only land-grant institutions in the state, it only makes sense for us to partner. And we’re going to be joined at the hips, we’re going to do a lot of great things together,” Dr. Choi tells 939 the Eagle.