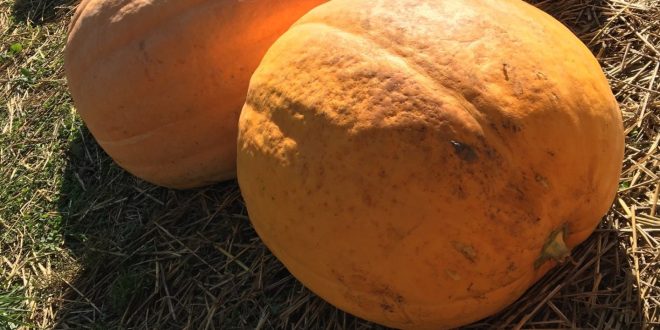 Up to 40,000 visitors expected in small mid-Missouri town for this weekend’s pumpkin festival

Organizers of this weekend’s 31st annual Hartsburg Pumpkin Festival expect between 30,000 and 40,000 visitors over two days.

The popular fall event celebrates the pumpkin and promotes the village of Hartsburg, a town of 120 residents south of Ashland.

A parade will kick off Saturday morning’s festivities. Festival community member Jeri Cooper tells 939 the Eagle that the parade will start with a marching band and a horse entry.

“We’ve got a horse-drawn carriage and we’ve got dancers and twirlers and we’ve got the Shriner club with their clowns and motorcars,” Cooper says.

Tomorrow morning’s parade begins at about 9 at the Katy trail head and will end at the Lions Club park.

The hours for both days will be from 9 am until 5 pm. Festival organizers are also reminding you that they will be charging $5 per car for parking, cash-only.

The popular event began in 1991 to celebrate the pumpkin and the rich agricultural tradition in that area, which produces grains, fruits and vegetables. Ms. Cooper tells 939 the Eagle that the event is also about fellowship for visitors and locals.

“They enjoy seeing the people and many of them, locals, have become very close friends with the vendors that are in their yards. So it’s time for gathering and friendship and fellowship,” says Cooper.