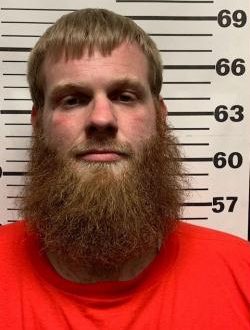 UPDATE: Barricaded Columbia suspect was paroled from prison in 2021

Columbia Police have identified the parolee who allegedly took a hostage Tuesday night before barricading himself inside a home near Douglass park for two-and-a-half hours. The incident happened in the 600 block of Lyon in the central city.

Online records from the Missouri Department of Corrections (DOC) show Crane was paroled from prison in 2021, after serving time for resisting arrest and tampering with a motor vehicle. State DOC spokeswoman Karen Pojmann tells 939 the Eagle that Crane was incarcerated from May 16, 2019 until October 29, 2020 and again from January 26, 2021 to October 8, 2021.

Columbia Police also say Crane was arrested for kidnapping, harassment and domestic assault for a September 22 incident. Crane’s parole will likely be revoked for one or for both incidents. Pojmann confirms Missouri’s Probation and Parole Board issued a warrant for Crane’s arrest on September 28, 2022.

Previous Parson, Rowden to visit fire-damaged rural town in mid-Missouri
Next Columbia nonprofit aims to build equity and inclusion through the arts